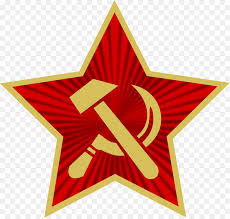 A lot of people in entertainment seem to be obsessed with the concept that we’re slowly becoming a communist society and that that is ultimately a bad thing. I submit to you that we’re already living in Communist America and have been for nearly a century. You see it everywhere with Alt-Right vs Antifa, or Democrat vs Republican. We always seem to be at war with the communist. At one point in time, during WW2, communist were our allies in the fight against Hitler and the rest of the axis. Capitalism and Communism joining forces, though? Seems weird, since they’re like cats and dogs, right? Yet it happened and shortly after the fact America, clearly trying to wash the stink of pinko off their consciousness, profusely attacked anyone and everything it thought was a commie. McCarthy started it off in the 50’s and then the 60’s and 70’s saw Cuba and Vietnam as battlegrounds for anti-commie ideologues and least we forget the cold war, which lasted decades. So for something so inherently evil, we must surely need to teach our children about this horror, correct? Apparently not, as no one on either side, even neuvo communist, seem to understand what the fuck communist is and one side likes to keep purporting it hasn’t really been tried yet and the other sounding like the Ghost of Joseph McCarthy himself and all of it rings as hallow as the stereotype of your typical comrade. So what exactly is communism and what are its goals? Well, we’re going to define communism as Marxism and nothing past that. You see, anyone can highjack an ideology and use its name to push their negative agendas, history is full of this. Nazi’s originally started as a working class party before Hitler highjacked it. The Alt-Right has stolen conservatism for far right perversions as Antifa has perverted liberalism with far left insanity. As such, I have picked Marx for the fact it was a unique concept for the time, he did invent it technically and anything else riding his coats would not have been supported by the Herr Comrade himself, Marxist Clause.

So Marx defined communist as a proletariat run society, where the class struggle between them and the bourgeois would end and the workers would no longer be exploited. He had a list of 10 things that were the ultimate goals for communist to move to make for a better society and that is what we’re going to look at right now and see how bad Marxism really is as opposed to US Capitalism and give it a break down.

At first thought, a proletariat society doesn’t sounds too bad, I mean, it really wasn’t and original concept and goes back to ancient Rome with similar aspects, like the pata familiars. So it isn’t out of line to have been tried in the past that is until we get up to 1776, where our society also tried a government system by plebeian or as they put it “Government of the People, by the people for the people”. Marx would write the Communist Manifesto in the 1800’s. I know you’re thinking, that is irrelevant linking and surely there was a difference between rhetoric to arouse patriotic passion in early Americans and evil communism? Well, sure there is. America and Communism are vastly different systems with different goals, here I’ll show you by posting the list.

1. Abolition of property in land and application of all rents of land to public purposes.
2. A heavy progressive or graduated income tax.
3. Abolition of all rights of inheritance.
4. Confiscation of the property of all emigrants and rebels.
5. Centralisation of credit in the hands of the state, by means of a national bank with State capital and an exclusive monopoly.
6. Centralisation of the means of communication and transport in the hands of the State.
7. Extension of factories and instruments of production owned by the State; the bringing into cultivation of waste-lands, and the improvement of the soil generally in accordance with a common plan.
8. Equal liability of all to work. Establishment of industrial armies, especially for agriculture.
9. Combination of agriculture with manufacturing industries; gradual abolition of all the distinction between town and country by a more equable distribution of the populace over the country.
10. Free education for all children in public schools. Abolition of children’s factory labour in its present form. Combination of education with industrial production, &c, &c.

The first desire to get rid of land rights and abolish the taxes on property that isn’t public land. How novel of him. Seems pretty conservative of him to want an end to property tax. He also didn’t want people to own land privately. Except no one really owns the land, the banks and governments do, so we’re already one step closer to apparently living in a Marxist world.

Now you’re saying, hey, that is just one thing that is similar and that doesn’t mean we’re living in a communist world. Look at all the non-commie world stuff. Ok, there are plenty of non-governmental examples of capitalism, but allow me to continue.
The second aspect he wants is a progressive tax or graduated tax. To those who do not know what that is, that would be where poor people pay no income tax and rich people pay more. Which obviously, isn’t an American concept at all! (Please note authors sarcasm)

Ok, you say, that is two similar things and there is a finite number of things in the world, so the odd thing or two is bound to be similar. Let us look at the next part which is the abolition of inheritance. In America, you have no right to inheritance. It is all based on legal documents that need to be drawn up that name you a benefactor of the individual’s possession in question. Why? A person could have innumerable wives, children and other family all whom could, technically speaking, lay a claim to any and all of it. Who would be more deserving or the family heirlooms, the son or a sibling? Who are we to decide which is more important than the other? Objectively speaking, this doesn’t exist. We even have a death tax, which to their credit, conservatives are against, so the only party that feels entitled to your stuff is government.

Ok, so that is three things out of 10, how many more could possibly be similar, well, glad you asked. 4 wants to take property from immigrants and rebels. I would presume there were different connotations to rebels in his time, but it seems to have pretty much the same as we already do this and both the left and right think it is kosher. FDR threw Japanese Americans into the gulags in the 40s and seized their property. Sure, Regan would rectify this in the 1980s, but it still happened. Our country is founded on taking other people’s stuff, like the Native Americans. If we extend rebels to include criminals, then in the 1970s, Biden introduced legislation to take property from criminals before they had even been indicted. This is very much in line with communism and their list of 10 things. 5 is the government having total control over credit by means of a national bank with state having a monopoly over money. Which sound a lot like the Federal Reserve bank, that pesky little thing libertarians hate but is loved by the GOP and Dems.

You’re probably banging your head on the table now being like, well there cannot be much more, ah but there is. Marx calls for Amtrak and other similar things being run by the state. 7 is excessive regulation, which pretty much means the government owns you by the balls and calls for forced working or as the GOP likes to cry about excessive “I have to work and so does everyone else”. 9 is government subsidies to farms and 10 calls for free education, of which, while not free, is state run and paid for by your tax dollars. He also wanted to end child labor and teach practical skill with other education, or what school has always universally had for a curriculum.

This is undoubtedly, beyond a shadow of a doubt, absolute smoking gun proof we live in a Marxist society. How have we fared? Well, the class struggle still exist, doesn’t it? The middle class is eroding and the divide is furthering, but yet we’re still calling for more of the same. Oh sure, I’ll admit that communist works in part, I mean, it has since 1776, but that more we add on to that, the worst society seems to get. I cannot seem to understand why people seem that Communism hasn’t been tried yet and yet also purport it to be evil and a failure.

Furthermore, it seems like both teams have their heads up their asses more than usual when it comes to the anti-commie rhetoric. Ironically, the left is the right and the right is the left. If conservatives want to keep America traditional, then they’re truly Marxist at heart as we would be keeping it that way. The left who want to further try communism, because we don’t live in that type of society, must have no concept of what Marx was truly all about and maybe they should read the book, it is a very short read, because I would hate to see what their version of Marxism is. In fact, for years our country considered changing itself as unpatriotic and commie, which is clearly the complete opposite of what it was. Wanting to change it is truly the least Marxist thing one could do. Regardless of current viewpoint, you have to admit the evidence is damming. I personally think we should look to cultivate a new system and have my own ideas of what that would look like, but at the end of the day, we’re all comrades in our Marxist world and I think we can finally put an end to the rift or one of the rifts that is driving a divide in our country. No longer should we be fighting each other over our ignorance. Let us, to paraphrase Marx at the end of the Communist Manifesto, UNITE!