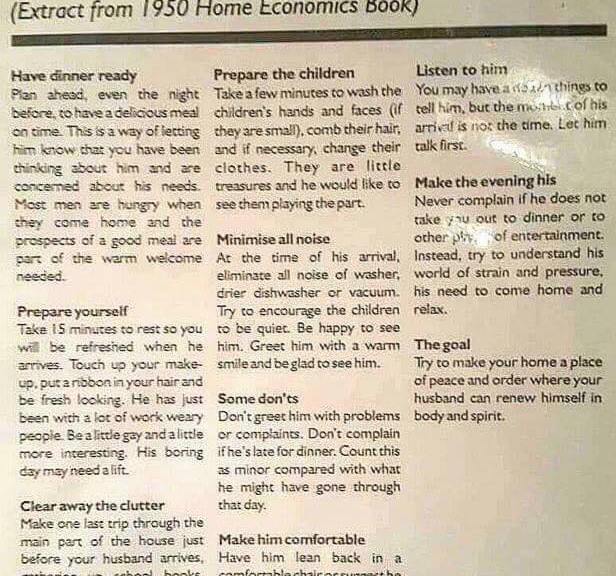 I’m tired of weak ass niggas whinin over puss
That don’t belong to them, fuck is wrong with them?
They fuck it up for real niggas like my mans and them
Who get it on on the strength of the hands with them, MAN-DMX

I’m a misogynist! Granted, not in the traditional sense of the word, but the modern evolution of the term. It used to mean “Hate” of females, with the opposite being misandrist. In modern America, it seems to be a carnality in regards to woman. What can I say, I like tits, pussy and ass and make no qualms on my desire to visually quaff the beauty that is the female form. Albeit, When it comes to hate though, I have plenty reserved but it isn’t based on genitals, skin color or otherwise. I’m misanthropic, which is the antonym of philanthropist. I’m not very fond of our species and I find myself having to sort through the bullshit of your average troglodyte on a daily basis. I can claim no special omniscience, even though I can be perceived that way. I merely pay attention, imbibe on the libations that are the words of intelligent authors before myself and through due diligence of thinking, fact checking or more, to the best of my ability, be able to draw a conclusion with what is available.

What I don’t tend to understand is this weird return to a time when “adult men” were waited on, hand and foot, by a woman, simply because. There is something emotionally stunted with it and I cannot wrap my mind around being ok with the equivalent of a mother, whom is also my sex partner. Never mind Freud and psychoanalysis on such, just the very idea that impinges on the fabric of my being.

I know I’m being judgmental here and I am ok with that, in fact, that is my desire, to judge thusly those imbecilic, vacuous and insipid “humans” that are into this inane idea of perpetual adolescent and a weird Oedipus complex they need to work out with a shrink.

Now, anyone who wishes to work out whatever arrangement they desire, is ultimately up to them. I’m not one to talk, because a lot of what I enjoy could be taken out of context. Here though, that isn’t what I am doing. It is the idea, concept, and through having listened to braindead people who enjoy this abject bullshit.

Men and woman were always meant to be a team, working together, not a child with a mommy watching over the dullard. I believe that toxic masculinity is a positive thing. A man being independent, educated, pulling ones weight on the team and ultimately bringing something to the table is a must. The same must go for woman, because what good is a childlike woman for an independent man?

Now, I write this in part, due to the insanity of InCels in the modern age. The repugnant concept that anything but natural selection will do is beyond me and incomprehensible to a thinking brain, which, if you’re reading this, you most likely are! The pedestrian brick a brac of internet troll dwellings are strung with vitriolic attacks about woman owing this idiots some gash, is enough to consider forcible sterilization at best and turning them into eunuchs at worst. The entitlement is strong and attacks at “Chads” and “Stacy” types spills across the digital landscape with the same vigor as an impotent, spurting a tad bit pre-cum, overly excited that his penis is slightly functional still.

I have never had an issue with getting some pussy when I want some. It is quite simple, yet this pariahs complain and complain, never taking personal responsibility for themselves, and bitch that the government should give them free cunt. What in the great blue fuck, is all I can muster at these types! Sexual socialism and the redistribution of pussy. Even a double face palm is an understatement in an attempt at expression of unbearable dismay.

Now, while I undoubtedly believe that prostitution should be legal, since a woman has the right to sell what she can give away for free and putting woman in jail for it is absurd. What I cannot agree to government subsidized sexual deviancy, in regards to woman being given to men, because they cannot get vagina themselves. Not only would we be allowing horrible genetics to breed itself into society, continuing to damn the genepool with inferior specimen, but we’re not teaching them how to be self-sufficient adults.

These morons lack the capacity to be self-critical and reflect in order to do better in the world. It is always someone else’s fault. Now, I know some InCel men critique their looks and obsess about it like a woman looking at her thighs in a mirror, after a slice of pizza, because God forbid they indulge in a decant treat, least the bottom of the barrel cuckhold no longer wants to stick his microdick in her twat for copulatory actions.

When I was a child, my middle-school was rife with sexual assault. I favored older woman, anyways, not prepubescent girls. Regardless, I didn’t indulge myself in such cuckoldry. Men are born to be douchebags, it gets us tang and I brazen do whatever it takes to enjoy the fruit of her loins, but Sexual assault is the hallmark of inferior genetics, using such as a reproductive strategy in an attempt to sire more progeny that will go on to cuck the species through horrible violent, entitle outburst at the hands of InCel tyranny as they attempt to install a patriarchy of TIMMAYS and engage in, what Nabokov called in Lolita, a parody of incest.

Unlike the beta bitch of yore, this type was excessively groomed from day one to grow up to be the entitled little cock sucking faggots they are. The big bad world showed them they aren’t special little fuckers and they’re pissed about their overall banality. Unlike the old beta bitches, they’re also aggressive and will kill innocents over their lack of penile penetration into hot, juicy, cunt. Hey, don’t fret, you can always fuck a piece of lasagna, not like they could tell the difference anyways.

One of the worst things is the intensity of the hatred for woman doing anything sexual at all and the queer ideas these ignorant assholes come up with. The idea that every woman is getting gang-fucked by 10 to 15 chads. If they are, kudos to those woman for being able to get their boxes fucked out like that and still make it into work the next day. It should be common knowledge by now that men who think every chick is having porn star style sex is normally of a lower I.Q. strata. Also, woman are very unlikely to be into such, since it would be bad reproduction strategy for them.

Speaking of horrible reproduction strategies, the idea that woman are out their seeking polygamous lifestyles. This couldn’t be further from the truth and here is why: woman look for a man who is fit for reproduction. During times of income inequity, woman will seek out whom are superior, but the difference is, smarter woman, will be more likely to share a man with other woman, because it makes more sense for them to allow a man to have more partners than it does for him to bugger the fuck off. Given the average I.Q. regardless of sex, race or anything else is about 100, I highly doubt too many of these woman are making mini Huge Heffner’s out of the local chads, even once they get a taste of that sexy, sexy chad spunk. Mmmmm, Chris Hemsworth!*Homer Simpson drool* I digress, but a slight interjection on Thor’s huskiness was much needed. That said, those saying that return to more monogamous ways will end the bullshit with Incels, because then woman will have to settle for one of them, settle down and just like yesteryear, all will be good. Except for one thing, we still live in a predominately monogamous society, there isn’t a million wannabe Hue Heffners with harems out there and such a feat will be few and far between.

Perhaps maybe the reasons these guys don’t get laid is just a blatant and horrible ignorance to the females of our species? I don’t know, but accusing every chick of being a Friday night episode of Debbie Does Dallas on Chaturbate.com isn’t really a way to get your nuts off. Maybe try treating them like people that would be a start too! Also, the THOT shit as denigration for wearing a dress and man-spreading herself is dumb. It is simple jealously of being more secure in their sexuality. If you’re a woman and want to show off ya twat, please do! No amount of pussy ever gets old! In fact, I encourage topless’ on the beach or anything else that will trigger these abnormal snowflakes into hysterical fits of rage quitting on Reddit and other websites. Just do it for the lulz!