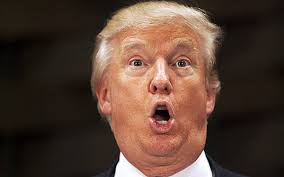 Ultimately, we’re a social species and our main goal is almost always winning people over, no matter the area. The most major fear of not attempting to engage yourself in a favorite pastime is rejection. People don’t like to be rejected, for most people, it hurts, but for me, I thrive on rejection when it is combined with an understanding as to why I was. I love honestly and while I don’t need feedback, I am quite able to improve myself with no help, not everyone is like me.

There is nothing wrong with rejection in and of itself. Criticism should never be dismissed as “Hater’s gon hate!” when we might be able to gleam an insight into how we might improve ourselves on a daily basis, provided say criticism has merit. Its way too easy to say “You suck!” and get a plethora of up votes or views on Youtube, retweet on Twitter or like’s on Facebook. These people are considered trolls, but sadly troll is thrust upon any level of criticism that doesn’t jibe with what the receiver desires. Just like no one likes to be rejected, no one likes to be intellectually refuted either and the stubborn are excessively likely to cling to their abject delusions in the face of evidence, valid argument or anything that pops that bubble they live in.

I think the best way to live is to court failure and rejection like it’s the high school prom queen. Crave it, desire it and make it your bitch. Don’t be subjected to being its slave by being fearful of it. The best way to get over rejection? Find the rejection of that which you fear most and kick that fear in the teeth. Say you had a crush on a celebrity when you were a kid. You’re almost certainly going to be rejected by the person. How does that impact your value though? It doesn’t impact your value and it sure as hell isn’t bad for you. Maybe your ego takes a hit, but big deal. I want anyone reading this to go out and intentionally get rejected by the thing you want most. Be it a job, a person, or otherwise. Once you have had the worst level of rejection you could experience, everything else is a cake walk. You should never fear rejection again after such a loss, nor should you take anything overly personal again. Nothing could possibly be worse than rejection from that which you crave most and it never means you couldn’t attempt it again later on.

How many people get fired from WWE only to find themselves back again? Don’t you think that the foremost wrestling company rejecting you, if you grew up watching their product, would sting? In some cases yes in other cases, maybe not. Why care what someone else thinks of you? Improve, and keep improving. Don’t just try to be the best, actually be the best. Study what works and why it works. Be it dating, a job or otherwise. Nothing is holding you back. Just remind yourself about my favorite saying, “any idiot can do this.” Well, I’m any idiot and so are you! To borrow from Weird AL, “Dare to be stupid.”

When you dare to be stupid and have no fucks to give about rejection or anything else, many doorways will open up to you. Give it a try, because I’m any idiot and you are too, so dare to be stupid, we’re all waiting for you!