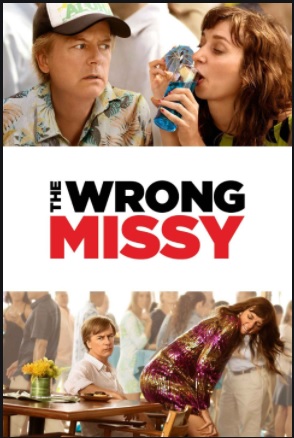 Well, it seems Netflix decided what the world needed after nearly two decades of absence was another David Spade flick. Oh joy!

CHARACTERS:
Shit! All the same BS these movies are known for, simple archetypes, if you can call them that.

ACTING:
None have ever been horrible actors, so, unlike this flick, its tolerable.

VISUALS:
Fantastic, which is more than I can say for the rest of the movie.

DIALOGUE:
Same as above

MUSIC:
None that I noticed.

SUBTEXT:
Devoid of it

CONCLUSION:
They couldn’t be bothered to make a movie, I can’t be bothered to do much of a review as I have said before. This piece of shit is unfunny. Happy Gilmore is nothing but a group of aging boomers that never grew up and the subject matter shows in this movie. I would say they are attempt to recapture their “glory years” but you would have to have had glory years for that to be true. It’s sad and pathetic group of people that are now stealing money from companies like Netflix, whom will see no fucking return, just to keep their dipshit friends employed within Hollywood. They’re not actors, they’re over glorified welfare recipients. David Spade sent his career to finally visit Chris Farley and after this outing, maybe he should consider doing the same.