INTRODUCTION: So I figured every year in this slot, I might review the year, but that’s pretty trite. I might feature a end year reflection. So since I am unsure about what to do, for now, we’re going to just review Crown Royal.

FLAVOR: Damn, this stuff is peti in this glass. I like the stuff, but in here it is disgusting. At least the second sip was sweet. Thin and watery.

BURN: Not in this cup.

CONCLUSION: Normally I enjoy Crown, not as much as Jack Danniels, but it was a good splurge. This cup shows how horrible it is. Rubbish at too high a cost. It’s a prostitute pretending to be a escort.

INTRODUCTION: So I wanted to review this several years ago. Didn’t do it because I wanted to wait to get a Glen Carian glass to see, what, if anything the cup added. I reviewed the cup in Nov of 2022, so look that up. Here is the review of a whiskey with a great nickname for a vagina.

Cup: Glen Cairn, winner of the most prestigious pretension award.

Flavor: Earthy, pettiness, sweet. Kind of thin and watery in mouth feel. Could of sworn I picked up a hint of Rose. Yes, the flower, not the wine.

Water Soluble: yes, but makes the drink mono dimensional, just sweet. Neither the cup, nor the water alleviate the ethanol burn.

Verdict: I like the name as a synonym for vagina, more than I like the whiskey itself. If this tasted like vagina, I would of rated it higher, but then again, this is probably the equivalent of street cornor horror story pussy, so… objectively, it’s not the most foul of drinks I ever had, recall I genuinely enjoy Budweiser unironically, so let that sink it as you decide if this booze is for you.

INTRODUCTION: In my ever growing quest for hot products, we find ourselves at yet another reaper based item and boy is this gonna be fun.

Smell: Good. Almond scent is faint, but you can tell real pepper was used to create this. Sadly, it doesn’t smell like reaper either.

TASTE: A lot like Andy Caps hot fries. Kinda makes a squeaky noise when chewed. Soft texture, like most almonds.

HEAT: Well, it’s not Reaper heat. I know because I have a bottle of dehydrated ones in my room, of which I have eaten two. Sadly, I was drunk when I did it, so to make them hotter, putting them on a slice of pizza. Not bad, but I don’t recall it being overly horrible. This doesn’t come close to reaper. It’s another faux reaper product. For someone who is new, will it be a significant burn? Well, my sister tried one and commented that it has a good burn, but it was tolerable. My sister doesn’t eat spicy food at the level I do, so let that sink in. She has barely tried anything hotter than a jalapeño. In other words, it is mostly bullshit.

CONCLUSION: This product is for casuals that want to boast they tried a reaper product, but without the pain of a real reaper based product. Those of us in the know will get a slight tingling and a decent flavor but not much else. I tried their ghost pepper ones as well and thought those were BS as well. So I should of known better, but atlas, I did not. For KAGEMAS I should review beer, because at least I would get a buzz, instead of weak ass, fronting almonds. The serving size says 28 almonds, so right there should of been the dead give away that it wasn’t good. I ate 40 of them last night and well, unlike tomorrows review, these didn’t even hurt on the way out. So are they something to be thankful for? Clearly not.

INTRODUCTION: I love hot sauces. Been having them for years. Still cannot find one that’s too hot. That doesn’t stop me from trying to, though. So, we go to things labeled with the Carolina Reaper to find something extremely hot, right?

TASTE: very sweet, garlic and lime are accounted for. Small amount of vinegar, basically it’s a more refined Franks Red Hot. Taste great! No hint of the Reaper flavor though.

HEAT: ? Still trying to find it myself. I went through the bottle and not a single bit of heat to speak of. If you’re gonna call something a hot sauce, you might want the hot to actually be in there. Even for a rookie to hot sauce this is manageable I am sure. I had lower level hot sauces or hot items to ensure my tolerance wasn’t the issue and sure enough, that’s not the problem.

Conclusion: So is this something to be thankful for? In terms of flavor, yea. Fantastic sweet taste and mildly complex, it makes a lot of things more flavorful. That said, the lack of heat, especially something bearing the Reapers name, should not be so timid. When it was a couple bucks, it would of be four stars, but with no heat and a cost of something, that for a few bucks more, you could go to heatonist.com and buy something equally as good with a burn, this is docked a couple stars. 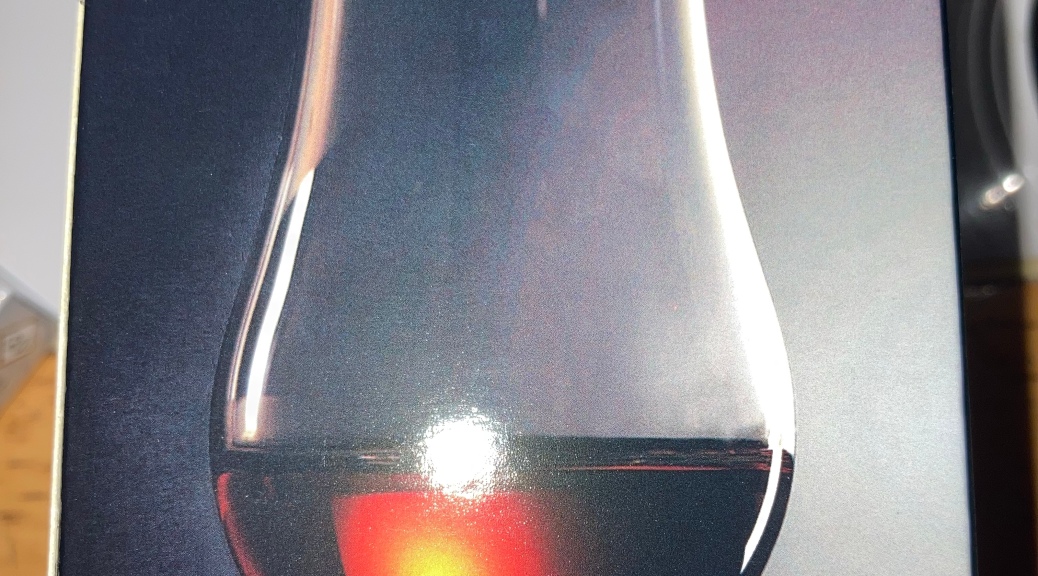 Introduction: So this is my first time reviewing a glass. Never have I done so. The closest I have ever gotten was reviewing the fact I think milk is at its peak in a pint glass, but that was as a child and I mentioned it to my family. This is my first formal review. So a lot has been said in regards to cups in helping with beer. I normally drink from the bottle, rarely a cup, when so I have beer. At first I wanted to be skeptical of such, but the logic made sense. Taste is deeply tied to olfactory sensation, so the more you get to the nose, the more taste you can discern.

Design: bigger than expected. Feels sturdy. Cute as opposed to macho, which I suppose is the complete antithesis of what one envisions when thinking of a whiskey drinker.

Dram one: I have a very uncouth personal pallet. I love JD, and Budweiser. So the I christened it with JD. I noticed it cuts the JD burn down, but it taste very muted in flavor and feels more like water going down. I like that, but I want to make sure it wasn’t just my boorish taste in undetectable ambrosia so I had a slightly more upscale dram.

Dram 2: I choose you, Makers Mark! Yes, I could taste all the flavors of makers, but no more than that of any cup I have had it in, barring one, which is a slight bit of peatiness that is more concentrated in an Ezra Brooks or Knob Creek.

Price: Price is too high for what this is. It was made for a Buck and cost $16 USD. Most I ever paid for a cup and probably my last, except for say, a tankard.

Conclusion: I intend to more research, and by that using it as an excuse to be a major fuckin lush./sarcasm. That said, I do not see much value in such a cup such as this and the ramifications that it ultimately holds for us puseudo connoisseurs. If you like pretentious innuendo of looking like the upscale snob that writes for the Atlantic instead of the unrefined human that I tend to be, then rush out and buy a 100. It offers little to me except taking down the burn of whiskey, but I occasionally like that feeling. I thought I was getting buddy Jesus from Dogma and ended up with shitty normal Jesus, instead.

Introduction: I hated the first flick with a passion. I was born and grew up in Salem and remember when it was being made. I know and have seen all the local haunts in the flick. There was nothing more special about that flick than a million other movies before it. So was this worth a 29 year wait?

Synopsis: The witches are back. Thanks virgins!

Acting: very solid and on par with the first ones.

Characters: Slightly stock, albeit fun additions, be nice if they were better rounded.

Visuals: way better than the first, but the CGI sucked.

Subtext: None really, unless you want to get into some stuff about how these movies are very lesbian chic before it was cool.

Conclusion: This movie moves at a brisker pace than the original. It’s funnier than the original and in a lot of ways that actually improved things better the second time around. It’s darker in tone than the original, especially on one joke about eating a child’s face. Never mind the fact these versions don’t mess around. The worst part of this flick is how much of Sarah Jessica Parker’s legs seem to show in a kids movie. It’s nostalgic, while different. I actually enjoyed this one, unlike the original. Extra bonus points for the retro newspaper kiosk outside Walgreens.